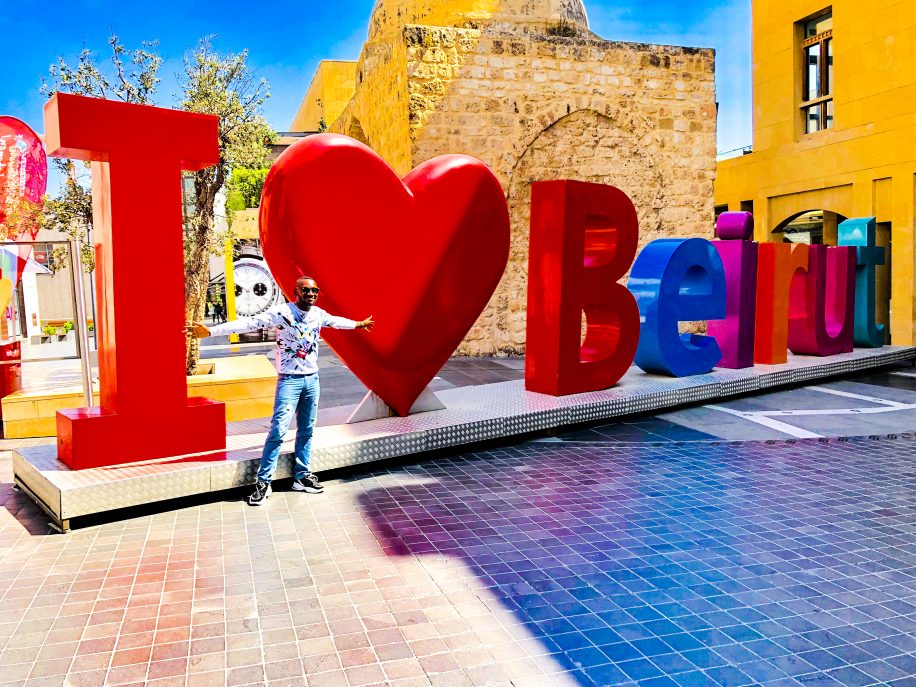 Touring Lebanon has always been a bucket list item, though I wasn’t keen on it thanks to the media portrayal of the country. Like my last minute decision to tour U.A.E, this trip came as an afterthought when plans for my preferred trip got cancelled.

I’m glad I embarked on the trip even though it had me exceeding my travel budget for the Sallah break. Lebanon turned out to be a beautiful dream, full of pleasant surprises. I fell in love with the city for real. Initially I had little expectations, I remember my colleague teasing all I would see while landing would be lots of hijabs and turbans. Well, I never saw anyone wearing such all through my tour, save a few Muslim women on hijabs but most were on your typical casual western wears.

Lebanon is as civilized as any country you can think of. Most persons feel it’s filled with religious extremists, maybe due to events of the civil war but the city has moved past that. From my personal experience I can say the city is relatively safe, at least those areas not flagged red (the non-red areas are more in number).

As usual, I signed up for a group travel deal with @Nigerianstraveltoo (Solo travel is still not for me). We were four in number,  three amazing ladies and myself (but seriously why don’t Nigerian men like to travel?) This was my second group trip where I was the only guy. I have a feeling this won’t be the last. That’s not an issue for me anyway, both trips have been exciting and the ladies have always brought intriguing personalities I easily vibe with.

I told myself I was going to loosen up on this trip and go with the flow, explore everything, especially the nightlife Lebanon is renowned for. Thankfully Cecilia was there to ginger all of us to explore stuff we were lazy about trying out.

We arrived Beirut at about 3:00am. The route we took to the hotel from the airport gave us a wrong impression of the city. We were soon to realize that Beirut is one of those cities that never sleeps, thanks to their active night life – pubs and clubs which open every day.

After our breakfast, we were picked up by our amazing tour guide @pubscrawlbeirut and set out on a trip to Baalbek where we explored the Roman ruins in Lebanon. (For my music lovers, at this point can I say good western music is not lost on Lebanon. The road trip to Baalbek was spiced with the latest jams from the West, a radio station even played ‘Be alright’ by Dean Lewis!)

We had a short stop at the spot where the largest man-made stone is located.

From here we continued the journey to Baalbek.

Baalbek used to be a place for worship. It was a center for Mesopotamian, Islamic, Roman and Christian worshipers. The added modifications on the buildings by each religious group on the left overs of the monument are still visible. We were told that two different earthquakes resulted in the destruction of most of the structures.

There was a museum at the Baalbek which we had to walk down a stair to access.

From there we drove back to town where we had wine tasting and food tasting.

This was my first encounter with true Lebanese food as we had continental dish at the hotel.

I love how food spread always looks so amazing in pictures even though their taste is totally off. One free advice, if you are Nigerian and you want to visit Lebanon, please go along with dry pepper.

It’s beginning to feel like it’s just Nigerians that love spicy food. I mean, this is the same thing I experienced when I toured East Africa, lack of pepper in their meals.

The second day we started out with a city tour of Beirut. We stopped at Pigeon rock which I understood is one of the signature spots of Lebanon. If you don’t visit here, they say you have not really been to Beirut.

We had a brief stop at the ‘I love Beirut’ signage…this picture later meant so much to me because indeed I fell in love with Beirut.

Another quick stop at the Mohammed Al-Amin Mosque (also referred to as the blue mosque).

From here we embarked on a long drive to the Jetta Grotto. We took a cable car from the parking lot to the Grotto. Finally I had a cable ride!! I remember visiting Obudu Cattle Ranch in Calabar some years back anticipating the cable car ride only to find out it was no longer functional.

The Jetta Grotto was one hell of a magical trip. Unfortunately cameras are no longer allowed in. You can do well to google it to get an idea of what it looks like, but I can tell you for free that pictures and videos will not do it justice. You need to be there to experience it.

The Grotto has an upper and lower cave made of karstic limestone that are both interconnected. The best part is the lower grotto that channels an underground river, where we took a short boat ride over the still waters. We were in awe throughout the tour of both the upper and lower cave.

Next tour stop was at Harissa (Our mother of Lebanon Statue). Harissa is one of the most important shrines in the world honoring Mary, Mother of Jesus. The shrine is highlighted by a huge 15 ton bronze statue. It is 8.5m high and has a diameter of 5m. I was so engrossed in climbing to the top of the statue to capture the amazing view of the city I forgot to capture the statue itself. The statue stretches her hands towards Beirut, overlooking the bay of Jounieh.

From the top we took in the views and watched people paragliding, after which we took another cable car from Harissa to city of Jounieh.

We took a short journey to another part of Lebanon – Byblos where we checked in to another hotel.

Night life in Byblos was very eventful. The souks (market stalls) which were filled with wares during the day time turned into a hub of social hangouts at night. We had a nice time hanging out at an outdoor restaurant before heading to a nearby pub where we had drinks, played games and danced till about 2:00am.

The third day we checked out of the hotel in Byblos, had a beach hangout at the Baracuda beach before heading back to Beirut.

We rested before going out once again to enjoy the active nightlife of Lebanon. It was a relief letting my guard down and doing stuff out of my daily routine back at home. Took several tequila shots (my first time),hung out at three pubs before ending up at a big club that at a point felt like the MTV awards after party. The night was awesome, we were young, wild & free.

The following day was a free day for us. It was supposed to be a rest day but we ended up perambulating the city. From the mall to a thrift shop, to hanging out with my Lebanese friend – Radwan. He treated us to a feast, this time the food was much better, actually felt like the last supper. From here we retired to the hotel to prepare for our flight back to reality Nigeria, which was for 3:00am.