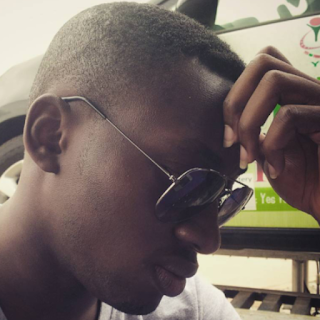 I’m not a good person.

I’ll say I’m more of a flight risk. Don’t get me wrong, I’m not proud of it.
I need to understand that people are not toys, and they have emotions just same way I do. I can’t keep pushing people away and think it’s okay to come back later.
It’s been dark and gloomy the past few weeks, but now I see sunshine and rainbows, but that doesn’t give me the right to barge into the lives of those I pushed away during the dark days.
Human relationship has never really been my strong suit. It’s funny how I moved from being that jovial guy in my childhood, the guy who played and laughed with everyone to this paranoid, timid and screwed up kid.
I guess as I grew up, my demons began to show up. Slowly I moved from that outgoing kid to the loner teenager up till my late twenties. Now I can best describe myself as being isolated.
I’m an indoor guy, I love my peace and quiet. I hate dealing and any form of argument. It makes me go mad and crazy when someone is trying to make me deal or talk things through. When I do talk shii out, it’s like my energy starts getting drained with my system working overdrive.
I should have seen it coming though, when I was in primary/secondary school, I was that guy who rarely went out during break. I’d stay the entire thirty minutes in the classroom while most pupils would be out playing games. Apparently my indoor/loner nature has always been there.
I long gave up on people. Why? I realized people are not worth it. I give so much and expect same commitment but lo, time and again I get disappointed.  Or back in those days when I foolishly used to trust people and open up to them about issues but all I get was being misunderstood (very frustrating) or my words being used against me. Slowly, I let it all go, there’s just no use. Then again people’s hypocrisy and judgmental nature just put me off totally. So basically, I try to shut people out and stay in my cocoon but life doesn’t work that way.
I get to interact with people and I don’t know why despite my trying to be on my own, they still find a way of drawing close and then my madness starts and it all gets messy till well, we either strike a balance or we just tear apart.

I’m very insecure, shy and private. Forget I tend to pour out stuff on this blog, I hate someone figuring me out without me opening up to you. I want it to be on my terms. That’s how Aweezy was scaring me then in training school. I’m used to people misunderstanding me, infact, I’m highly misjudged. But Aweezy saw through me and he gave me a complete analysis of myself one day. I didn’t let it show but I was scared. I felt naked, like I wanted the ground to open and swallow me.

I like my opening up to be on my terms, not by you looking into my soul and figuring me out. When people start talking about me, I start getting jittery like you are going to cut deep and expose my demons and you won’t be able to handle it. You’d finally see me but then you’ll walk away leaving me in the cold because you can’t handle it. Anytime I’m the topic of discussion I just stay smiling but really I’m all nervous inside and dying slowly, holding my breath.

It’s hard being me. “It’s not easy to be me” – Foo Fighters
So much shit I’m dealing with – withdrawal phases when I just want to be alone and don’t want the world to see me or when I have to shut down my social media to stay away from peeps. Then there’s me constantly telling myself I don’t have OCD, so I try not to arrange those naira notes in a particular pattern, or do stuff in certain routine or try to actually leave some unread emails and some notifications unanswered but nah…I still break at times, or the constant urge to check if I locked the doors. *sighs
So many wars I’m fighting within me it becomes a bit exhausting living. I’m weird and I don’t like most things other people like. I have long given up on trying to fit in. I remember in SS1 when I actually bought Ja Rules rap album, same with 50 cent and Eminen’s albums. I was going to force myself to like rap music and also start watching soccer, at a point I got tired and said to hell mehn! This ain’t my shiii !!
Most times I want need to stay away from people, not because I desire to, but because I think I have done enough damage already. I have ruined enough friendships and I’m tired of giving people the impression that I am unstable or crazy.
But in all, one thing I need to know is, when I decide to push people away, I should know they also have feelings. They are not puppets, I have no right whatsoever to go back to them like I never left. It’s not fair toying with people that way. I think maybe I’m better off alone, away from the world. A little secret; I actually feel better (slightly relived like a weight has been taken off of me) when I push people away during my dark moody days.
I should really learn to deal with stuff and talk things over. That’s the mistake I made in my last relationship. I should have talked things out like every other normal human being does, instead of just walking away. Also, I need to lower my expectations from people, just do things because it’s who I am. The guy who likes assisting when he can and loves providing solutions to problems. I need to constantly remind myself that because you are nice to someone doesn’t mean they too would be nice to you. Sucks, but that’s just how life is.
The world seems messed up to me and people are not really all that. I hate shallow conversations and idle hangouts. I love reading novels, blogs, any interesting content and music. One thing that has really kept me from losing it is music. I would have totally wigged out by now if not for music.
I have built this small cycle of friends, let go of excess weights and drama in order to keep myself sane. Life seems so much easier being alone (or have I taken the easy way out?), what I need to learn how to live with and enjoy is the loneliness that comes with it at times.
Isolation is not protection. No amount of distance numbs the pain – Lisa Gardner (The next Accident)
Well, what do I know…I am but just a kid.
FacebookTweetEmailPin