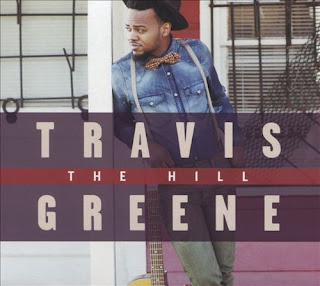 When I first listened to the album, what came to mind was – Travis must have gone through stuff before releasing this album. I decided to google his story (I always do that about new artists I discover).
He was born a still-born but was resuscitated. When he was four years old, he also fell from a building and died. But the blood of Christ spoke for him and he was revived. Then it hit me, tell me why someone who been through all that would deny Christ or the power of his resurrection?
In the album titled Track – The Hill, he tells his story. Though the song starts slow and seems a bit boring at first, but then it peaks. Singing along with him repeatedly gives the lyrics deeper meaning and it just hits you and all you can see is the prize Christ paid for us.
At the end of the track Travis gives the testimony of when he wife was in labor at 21 weeks, the doctor said they needed to abort the child and they should try again. But something rose within him and his wife that said they trust God too much to give up! I took that word! Trust God too much to give up! On the hill there is a cross, on the cross there is blood for me…
The first songs I heard off of the album were Intentional and Made a way.
Intentional track had me hooked for months. I played it over and over again, the lyrics were a blessing. Don’t give up, we don’t have to worry for our God is intentional!
Then I heard Made a way. Good Lord! That song carries rhema. I knew I had to get the full album, and boy, I was glad I did.
There was a day I was going to work, the week had been everything far from pleasant. I was playing Made a way, singing along and then I got very emotional. I could feel the tears swelling. I was driving so I had to arrange myself before people start wondering what’s up with me.
This album is one of the best gospel albums in recent times. It was released last year and still has lot of impact. I recommend this album for anyone going through a difficult time and I can almost guarantee you that before you are done listening you’ll feel that weight, whatever it is weighing you down lifted. You know that unexplainable peace, the peace that passeth all human understanding, the joy of victory. When singing along you’ll feel so lifted and all your worries turn to dust. This album is a blessing.
From the very first track to the last one, it all songs of victory in Christ Jesus. The opening track – (Here for you) puts you in the mood for true praise, and the second track – (Gave it all) takes you even higher. By the third track – (Intentional), you are already lost in praise and swimming in victory over whatever situation you are facing.
Then from the fifth song – (Made away) to the eleventh song – (Soul will sing), you get into true worship. The final song – (Love me too much) which is a declaration of God’s undying love takes you back to a victory dance of praise.
Track list:
1. Here for you
2.    Gave it all
3.    Intentional
4.    You got up
5.    Made a way
6.    Thank you for being God
7.    Who you were
8.    The Hill
9.    You keep me
10. Just want you
11. Soul will sing
12. Love me too much
The only downside I’ll say there is to this album is this – it has always been my sentiment that the use of oh-oh-oh as hook in songs is just a cheap trick of making songs interesting, well he used that trick in almost all of the songs.
Aside that, it’s a great album to lift one’s spirit and also to see anyone through trying times and pain. It also reassures us of our safety in Christ.
FacebookTweetEmailPin