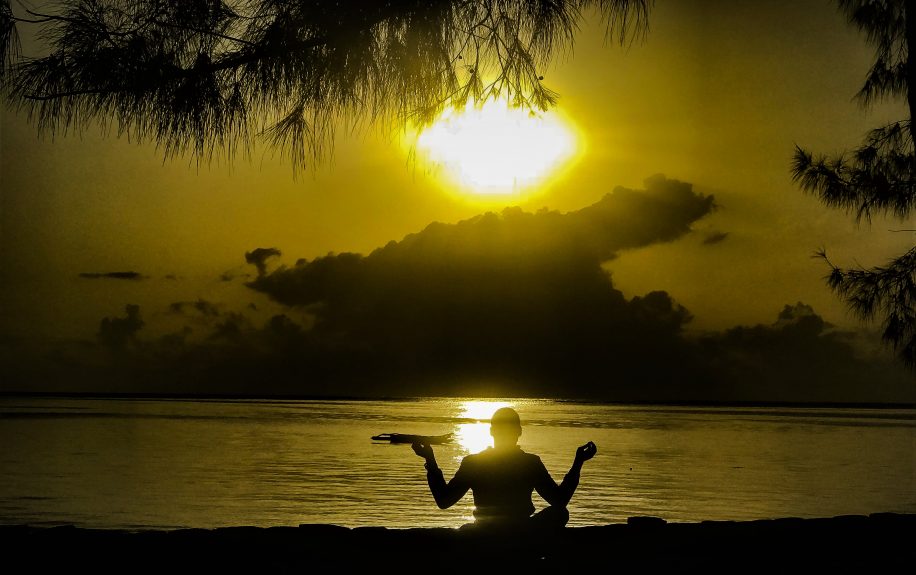 Is it too early to do a review of the New Year?

I stumbled on a powerful post by Oreoluwa Fakorede titled Talking to myself at 21 (everyone needs to read it). I remember Reward tweeting at me that January was not yet over and I had already read the post a hundred times.

The post is my unofficial guide for the year. Something to keep me on track, to remind me to take a minute to breathe when my head gets clogged. Most importantly, something to remind me that it’s okay to make plans and also have things fall through.

I get that millennials seem to wing life a lot these days. I’m not okay with it. Maybe because I have always been that guy who loves to plan every detail. Even a casual hangout, I plan the entire itinerary in my head. But I have since learnt to give room for uncertainties. I can be spontaneous at times, but I prefer working with a plan.

How people go through life sort of aimlessly scares the shit out of me. I get it reduces the chances of disappointments but still, I just can’t throw myself to the wind and let it blow me wherever. It’s like sitting and waiting for life to happen to you. I want to have a say in how my life turns out, even though most things are out of my control but atleast I’d love to feel I’m playing a major part in defining my path.

“You’re going to make mistakes. I wish that wasn’t true, but you’re going to. You will let yourself down sometimes. Don’t wallow, don’t beat yourself up about them and don’t settle where you fall. Learn the lessons and move along at your pace. Getting lost while finding yourself isn’t only normal, it’s purposeful. Your story will not be tainted because you missed a few steps, that’s part of the journey. So be grateful for the wrong turns and treasure the hard-earned wisdom for saving other people from pitfalls.” – Oreoluwa Fakorede

I had to ‘restart’ my 2020 several times in January. Things were not going as planned. My finances were shit (thanks to the investment rates that crashed December last year) and my application for a Postgraduate program seemed to hit a brick wall. I sat with my financial spreadsheet almost every day, making rearrangements, calculations and what not. It became so frustrating, at a point I had to shut it all down. I read Ore’s post one more time and decided to let go. I was not going to chase money and I was not going to obsess anymore about alternative investment plans.

“Three things will call to you: money, power and respect. They will scream your name. Do not answer, do not even think about answering, and do not chase them. If you find the path that’s meant for you (and I pray you do), you will have enough of all three, the portions you can handle.” – Oreoluwa Fakorede

I stopped looking at my spreadsheet. I pushed everything concerning finances to the back of my mind and accepted that my finances this 1st quarter will be nothing to write home about. Only then did I find peace. Sometimes to feel better, you just have to give up stop.

Talking about stopping to feel better, I finally stopped hurting myself. I know Reward is going to frown while reading this part, and he’ll definitely not approve (I can just see his face right now). I reached out to my ex. Yea, the one I have spent the last four or five posts talking about in one way or the other *face in palm.

Being my realest relationship to date and also the longest I’ve had, there is no denying the impact the relationship has on me. I really wanted this one ex wiped out of my memory. This is one ex I never wanted to be friends with, unlike the FEW others I am still very good friends with. But I realized I was hurting myself trying to do the impossible of erasing what we had.

We have both grown and learnt our mistakes. We’ve taken responsibility and accepted our roles that led to the mess. As days went by after my reaching out, my emotions settled and I found clarity. I felt lighter, God knows my wanting to build a divide between us was a huge burden I had been carrying for far too long.

I’m glad I reached out as this has finally brought us peace. My healing process has been completed. I have come full cycle and faced all the scars I was running from. Our first conversation felt like therapy and I believe we both found healing in it.

“Accept your humanity and admit your weaknesses but don’t use them as an excuse for bad behaviour. You can be better. Don’t lie to yourself, don’t hide behind your moral frailty, don’t push change forward. Save yourself every time you have the power to do it, always picking self-sacrifice (for lasting rewards) over easy choices and temporary comforts. Cowardice has no true benefit. ” – Oreoluwa Fakorede

You know how sometimes it feels like some persons come into your life for a specific purpose? I had that experience first week of this month. I met a representative of a new client I was to handle a business transaction for. The funny thing is, the transaction got pulled immediately he helped sort out my postgraduate admission issue. Our paths crossing was a clear answer to my two weeks long prayer.

When it felt I was not going to get admitted, my mood began to sink. Furthering my education is top on my list of 2020 goals. It began to seem my plans for 2020 was fast falling apart. I started looking for short courses or a professional course to register for. I wasn’t happy about it but I had to make alternative plans while also praying for a miracle. Thankfully, God came through for me via that chance encounter.

Ten years after my first degree I am finally going back to school. Any regrets? None at all. Sometimes my head tries to mess with me, gets me thinking if I had listened to my boss who kept telling me to go for M.Sc. back then in 2015 when I had just transferred to Benin, I would have since completed it. But nah, I have learnt to live my life according to my timelines.

I remember the guy who came back to Benin in 2015 after working a year and few months in Lagos. I was a broken man in every sense of the word. I was just recovering from a health scare, broken physically and in very low spirits. I needed a very long rest to heal in a whole lot of ways. So no, I don’t regret anything. I feel ready now and I know I truly want it. I mean, 2016 and 2017, I did get two admissions to graduate school but I didn’t go because my mind wasn’t in it.

“Come second, bloom late, fail, whatever. Your time will still come, it has to. You may feel left behind, like everyone else is moving and you’re not. Please, it’s not true. For who I know you to be, it just cannot be true. Your clock ticks for you alone, and as long as you don’t waste the time you are given, you’ll find your way where you need to be at the best time for you. You’ve heard this before but repetition brings reinforcement: Love yourself. Be patient with yourself and have some faith in your abilities. ” – Oreoluwa Fakorede

I asked someone recently if it’s possible to feel like you are evolving into someone you don’t get. These days I don’t want to be seen. I have long lost faith in humanity and learnt to be intentional about choosing my friends. But these days I find myself on a new level of seclusion.

Once in a while I stay off social media, but I never thought I will be able to pull off being off Whatsapp (mostly because of work group chats). But boy! I have been off Whatsaap and twitter for two weeks now and it feels so amazing. Thanks to my phone that crashed. You’ll be amazed how free your mind is when you don’t fill it up with noise. Nosie here being those stuff you see on people’s status/stories or retweets from clout chasers.

“Don’t get carried away with things designed to disappear, that’s a recipe for an empty life. The right company exists: the kind that nurtures, shares your values, believes in your process, respects you and is going where you’re headed. Find it. Until you do, do not be afraid to be alone. Aloneness is better than compromise. ” – Oreoluwa Fakorede

I had to log on to twitter on Sunday because that’s the only place to reach Mute. Owen called that he was asking about me as my whatsapp messages weren’t delivering. The few minutes I spent on twitter made me feel soiled, felt like my white shirt got stained with mud. So much toxicity and distractions. I recognize this feeling, I felt it moments before I deactivated my Facebook account years ago. I won’t fight it.

My focus these days has been on things that directly affect me and matters most. My mind isn’t processing unnecessary information. My phone crashing feels like a gift. I’m not in a hurry to get a new one. I’m enjoying being cut off from a lot of persons. This is a rare priceless gift I want to enjoy as long as it lasts, because I know my boss will soon start complaining about my absence from the group chats.

When Ose asked why I cleared out my instragram pictures, I told him I wanted to breathe. He didn’t understand and I didn’t bother explaining either. I have gotten to the stage where if you get it, then you get it. If you don’t, no need explaining cus I’d just drain my energy doing that and you still won’t get it. I’m not sure I get who I am evolving into, it might be a phase, but I love the seclusion that comes with it. Protecting my mental space is top priority for me these days.

“Your time is not unlimited, not everything deserves it. Neither does everyone. Measure it out like it would kill you to waste it, because there’s no getting it back once it’s gone” – Oreoluwa Fakorede

Mostly I am thankful that so far 2020 has been relatively peaceful mental health wise. I’m grateful for the calm and I pray it lasts. And I also pray music gets better because the albums released so far have been below par. I mean its February ending already, should I be worried? Or did I miss out on a good album released this year?

I started this post asking if it’s too early to make a review of 2020, I don’t think it is. If possible, we should do it monthly to make sure we are on track towards reaching our set goals. In this age where social media reigns supreme it’s so easy to get distracted.

“The best version of you is not trapped in a distant memory or waiting in some undefined future. It is what you make of yourself today. Leave the past alone, it has no power over you beyond what you allow. Don’t obsess over tomorrow either, you can’t control everything. Accept that and you will have a lot less to worry about. ” – Oreoluwa Fakorede