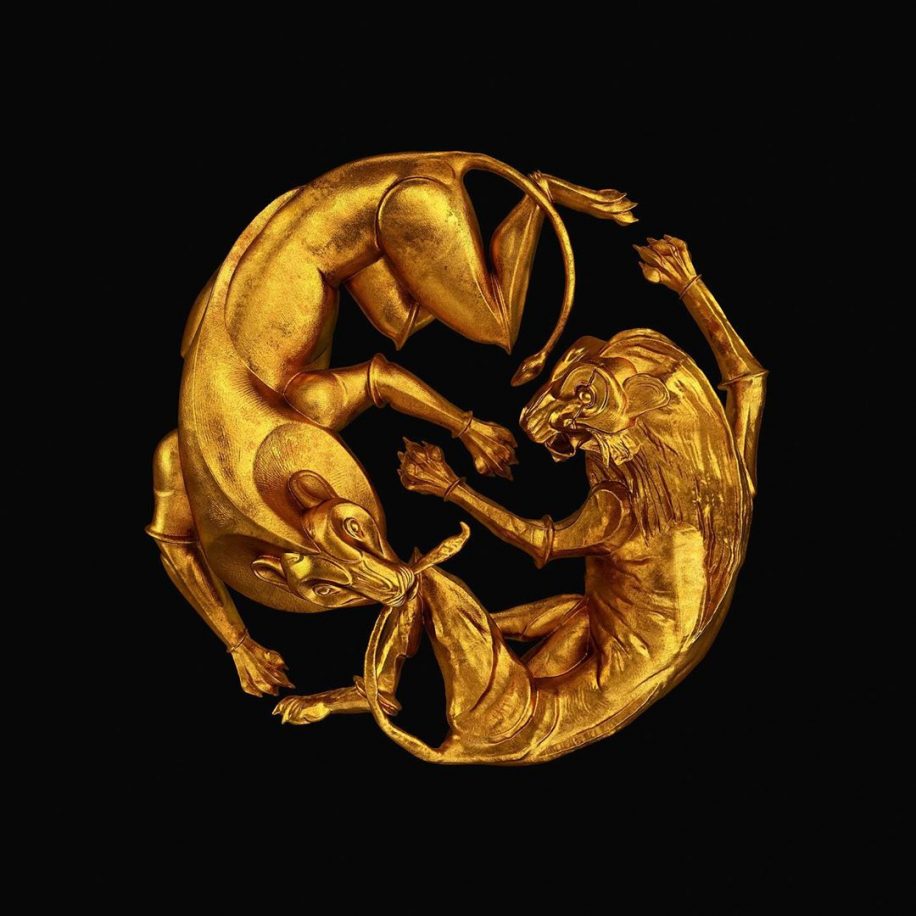 N/B: I know this review is coming two weeks late. I needed to be sure I was not making the same mistake I did with Everything is love (joint album by Jay-z and Beyonce). The excitement that gets me with every new Beyonce album release is real. I remember on first listen I felt like wow! This album is so great! But later on, I realized how underwhelming it actually was.

I had to take my time with this album. I needed the euphoria to die down, so I can have an objective review of the album.

Just when you think Beyonce can’t set the bar any higher, she goes right on and blows your mind! See, no one, I mean it, not one commercial artist out there comes close to Beyonce when it comes to developing a concept around an album. She started with Beyonce LP, perfected it with Lemonade and now, she’s gone all out on this album.

Beyonce is no stranger to experimenting with afrobeats (cue Grown Woman), which she nailed by the way. When she released the album’s tracklist, I was curious to hear how she’ll sound with the featured African artists, will her star power over shadow them? Mostly I wanted to hear if the production was going to feel genuine or imported. She got this right by working closely with African producers, the production on each track sounded authentic.

Here’s my track by track review –

This is another top notch album opener from Beyonce. This song is on same level of greatness as Lemonade’s opening track (Pray you catch me), but this one hits even harder with life saving lyrics which are built around the theme of getting balance in life.

Beyonce delivers one of her most flawless vocal performance on this track. The song starts on a mellow tone, steadily building till the climax at the song’s bridge where Beyonce belts out perfect notes which I dare anyone to criticize.

FIND YOUR WAY BACK

This song gives you a taste of what’s to come as per the afro-beat influenced concept which the album is centred around.

I think this is a brilliant follow up to Bigger, feels like a continuation of the message about finding your purpose and balance.

“Big, big world, but you got it, baby
Find your way back, don’t let this life drive you crazy”

The Bridge of this song was such a pleasant reminder of the shock I felt, when I heard Bankulli singing in Yourba (Rikirobo roborebe, mamasibo robirebi rebi…) at the beginning of the interlude preceding this track.

This track had performances by three Nigerian artists – Tekno, Yemi Alade and Mr. Eazi. This was an opportunity for them to show the world how great they are, but alas! the hallmark of Nigerian music industry came to the fore – shitty lyrics! Sigh.

This song shouldn’t have been on the album. I might even delete it from my copy of the album. I get the production was great, catchy and very danceable but it’s time we changed the narrative that sound is all that matters when it comes to Nigerian music. Lyrical depth should matter.

Yemi Alade was the major disappointment here. I half expected that I would get to hear her matching Beyonce’s vocals on the album. I guess I hoped for too much. Sometimes I wonder if this is the same Yemi Alade that once blessed us with mad vocals on her Duro Timi song. Babe forever stays wasting her fire vocals, tragic.

Burna Boy has definitely lived up to his self-hype of African giant! I mean, he got a solo on Beyonce’s album!!

I love how this song goes easy on the ears, sampling Fela’s characteristic afrobeat sound. Burna Boy was spectacular on this track, perfect redemption from that “Don’t jealous me” hot mess by fellow Nigerian artists.

Seriously Beyoncé and Kendrick Lamar decided to give us less than 2minutes of this? I feel they robbed us of what would have been another a dope collaboration by both of them (reminiscence Freedom on Lemonade LP).

This is exactly what Beyoncé was going for on Everything is love album. The bragging, bars spitting vibe worked so well. One track on the album with her sing-rapping skills was hot, unlike having several of such as in EIL album. I think just like myself, majority of listeners prefer a singing Beyonce over a sing-rapping Bey. Childish Gambino rocked the bridge of this song so well, bringing a fresh experience to the song.

Big ups to Jay Z for shouting out Lagos on this track.Thumbs up to Dj Khaled, for a job well done producing afrobeats with co-producer Just Blaze.

The song in itself, is a whole mood.

Another fire track here. The momentum of the album is building fast and you can feel the African in you kicking in already. It features a Cameroonian artist – Salatiel, who holds his own perfectly well in this collaboration with heavy weights – Pharrell Williams & Beyoncé. You definitely can’t sit still listening to this song with the heavy African drums hitting hard.

This is an afro dancehall collaboration by Beyonce and Wizkid with contributions from Blue Ivy and SAINt JHN.

This song here is the core of the album. The most important and impactful track. Wizkid got the best feature.

I love how Beyonce stayed back and allowed Wizkid take the first verse & chorus. She gave our boy a chance to shine, and shine did he!

I never for once thought I would live to see the day Beyonce and Wizkid would harmonize on a track. Their chemistry was effortless.

KEYS TO THE KINGDOM

This collaboration by Tiwa Savage & Mr. Eazi could easily be mistaken for a love song. Tiwa’s vocals were so soothing over the mid tempo afrobeats. She carried this song, Mr. Eazi really wasn’t needed. (I still hold a grudge for his part on Don’t Jealous Me).

Asides, Wizkid and Burna Boy, Tiwa Savage also delivered a stellar performance on the album. Funny, when I saw the released tracklist I feared she was going to ruin it with one of her gra gra performances, but baby girl blew my mind.

Just when you thought the tempo of the album peaked with Brown Skin Girl, here comes this Afropop song with Beyonce and Ghanaian artist, Shatta Wale to put you back in the groovy mood! Notice how Beyonce sounds Nigerian whenever she pronounced already with the stress on ‘dy’.

This song is a spiritual experience. It delivers well on the theme of the afterlife. I felt the solemnness of the song from the start but then, I got an even deeper feel when the outro which had Bankulli singing in Yoruba (Yet another pleasant surprise) and Beyoncé chanting in Swahili came on. This is one of my favourite on the album, and it always takes me to another realm with every listen.

I bet you thought the party was over after Otherside? Like the name goes, this track is a powerful anthem. From start to end, the energy never dies. I love Tierra Whack’s verse and of course, Beyonce went off when she came on with “Get loose, get loose, get low, get low…oh, gotta protect my braids/keep it locked in a safe/Don’t make me get back to my ways/My power, they’ll never take”

There was a brief Yemi Alade feature on this track, emphasis on brief, thankfully.

This song by 070 Shake & Jessie Reyez, is one sound that didn’t fit well on the album, though the theme is an insight to Scar’s perspective in the movie. As a standalone track, I think it would have been very good, that’s if you take away the verse by Jessie Reyez.

I love the darkness in the verses done by 070 Shake and how her voice carries the emotions.

“I wonder how it, how it went so wrong
It’s been so dark, yeah, I wanna say my last goodbyes
And I’ll be gone for good
Left you guys behind, now I’m so lonely, so lonely, ooh

Sorry, sorry
My whole family, I
Slayed you, betrayed you
Don’t you grow to be like me
I wander, sink in to the darkest sea…”

This was released a week before the full project. I was already familiar with it. So listening to the other songs had me wondering if this track fits in the album, would it have been better left alone in the previously released The Lion King OST album?.

But getting to this song after journeying through the album had me appreciating the song even more. The song felt purposeful and important as the album closer. It was aptly placed as the last track. The perfect climax that proudly brings the album to a resounding glorious end.

This is indeed a well curated album, and it delivered exactly on what Beyonce was after – creating an album to tell the story of The Lion King movie. This is not your typical Beyonce album (something we all know she delivers well on). This album speaks more of her creative genius. Her ability to visualize a concept and bring it to life is ever so impressive. A true artist.

It might easily be slept on but those interludes (excerpts from dialogues in the movie) if paid proper attention, give the album a much more relatable experience.

This album is truly a gift to Africa and a love letter as Beyonce called it.

I will give this album a strong 4/5. People are already tipping it for Album of the year nod, the nomination may come but we all know how racist the Grammy’s has been to Beyonce, worse an AOTY win means all the featured artists too will get the award. The Grammys will rather get brunt down by dragons than let Africans win in that category.

P/S: This is definitely not B7. Someone please tell Beyonce we are still waiting for that solo 7th album!