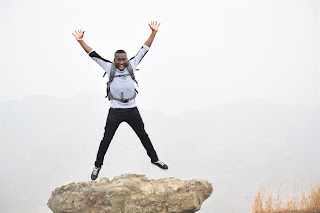 Drumroll….. so I have officially visited all the States in the West ..yay!!
Remember my last travel post where I wrote about not yet visiting Ekiti State? Well that has been done and dusted.
I concentrated on completing my tour of the Western States during my annual leave. The plan was to visit the various tourist locations I haven’t been to before.
I am all for organized trips/tours and the comfort that comes with them, but this time I wanted something different, something a bit intimate with my surroundings, something that’ll stretch me and give a raw experience. I wanted stuff like bike hopping, travelling in shitty cabs/intra state buses, using google map to get directions, asking locals for directions while trying to not get lost, trying out local food and the one I didn’t plan – Hitchhiking. 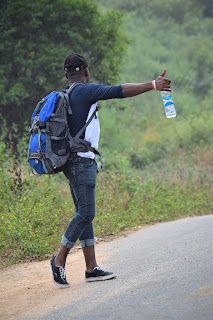 I used to think those people that stand on highways, trying to flag down cars to other States where out of their minds, well I guess I lost my mind the evening I returned to Ibadan from Ikogosi. Scary but it was indeed an experience.
Basically I think I wanted the trill of an adventure, which I got and it was worth it. In summary the entire trip was rugged fun, stressful when compared to the pampering I would have enjoyed if I had gone on one of those organised tours, but then the ruggedness was very thrilling.
The perk of private travel is, you are less distracted, you actually take in much from your new environment, more details and there’s that personal experience with nature. No one complaining about this or that, you are freer to do more daring stuff and explore to the highest, have more time to take in the environment and have better pictures without people appearing in the background.
Initially the plan was to try solo travel but along the line, Tunji buzzed me on IG about how my page has inspired him to do local tours. Long story short, we decided to do a joint tour. That was the best decision ‘cus I would have faced serious language barrier. Even the tour guide who took us up the Oke-Ado Mountain couldn’t understand English (pidgin English inclusive). Tunji was indeed a life saver throughout the trip. His fluency in Yoruba really saved us a lot of stress.
The tour of the Western States had me continuing from where I stopped – Osun State (Erin Ijesha Waterfall) and Ondo State (Indare hills).
First stop was Lagos State. Well I’ve been to Lagos severally, lived here before as well, and visited the La Campagne Tropicana beach resort, but I thought I’d still include it. I made my second visit to the Lekki Conservation Centre. I visited here in 2015 but the canopy walk was under maintenance at the time. This time around, I finally did the canopy walk and all I can say is, its best experienced than explained. It was very thrilling, a bit scary when it felt like the bridge was swaying and then, the bridge just kept going higher and higher… 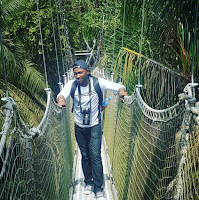 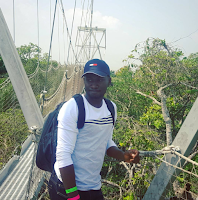 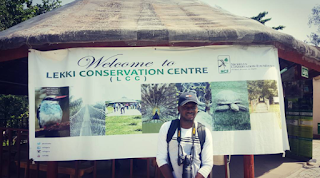 Second stop was Oyo State. I visited the Oke-Ado Mountain. Tunji did a great job with the navigation on this one. When we got to Iseyin I didn’t know whether I should cry or laugh when we came down from the vehicle, dude was covered in dust. But all that changed for me when he said I looked even worse, oh well…
My body needed the exercise of hiking up over 300 steps to get to the top of the mountain. At the top I saw the amazing Ado-Awaye Suspend lake (Iyake Suspended lake). (There are two of such lakes in the world). 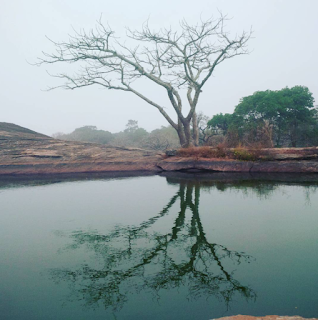 I have read online that the lake never dries up all year round. This turned out to be true. I noticed the smaller lakes had all dried up due to the harmattan and the leaves on the famous tree by the lake had all fallen off, but the lake still lay there in all its glory, looking charming and beautiful. 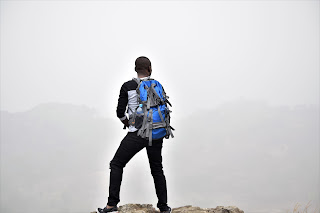 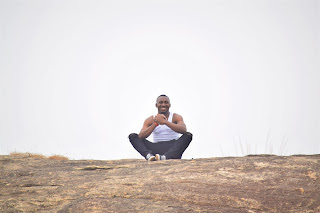 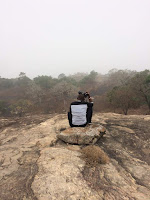 Third stop was Ekit State. I visited the Ikogosi Warm Springs, where there is a flow of cold and warm springs which meet at a confluence. 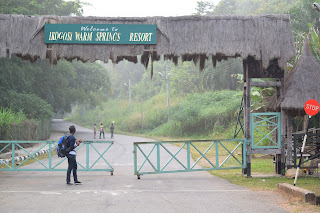 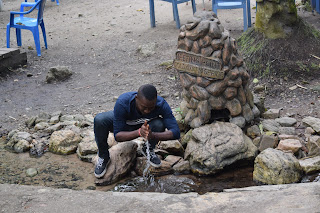 This trip was the most exciting and stressful of all. We got to the park in Ibadan very early that Sunday morning but we didn’t leave till late afternoon because the car didn’t get filled up on time. At a time I thought maybe we should stop somewhere on the road and head back to Ibadan. I told myself there was no going back since we had already started. I kept hoping for the best but then, entering Ekiti proper gave me serious cause for concern or maybe it’s cus it was a Sunday. I mean, even Ado-Ekiti, the State capital looked like a ghost town.
One thing I have come to note from my private trips is that locals are usually friendly and helpful to tourists/visitors. Seeing old structures in the small towns made my trip even the more worthwhile. Small quiet towns where it seemed like everyone knew themselves, old structures, the not so great medical centers, The air around was different but I felt the warmth. 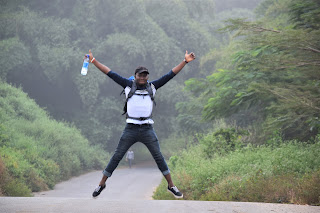 It was the experience I had longed for and even more…the bike ride from Ikogosi to Aramola where we had to flag down a private car travelling to Ibadan was part scary, party exciting. There I was at night, tired, sleepy and covered with dust yet I felt so fulfilled. I really wanted to sleep through the ride but fear didn’t allow me sleep off when I noticed Tunji was asleep, biko one person had to be awake ni. 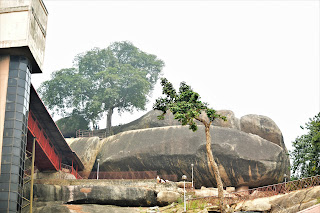 We toured the gallery and saw really nice art works and learnt so much about the history of the rock. When you see the painting of how the rock was before Olugbenga Daniel’s administration upgraded the area, you can’t help but give props to the ex-governor. If only this was replicated in all tourist sites across the country and then maintained properly as well.

The tour guide asked if I was up for the climb and I was like, this? Common this na small thing. I don climb Idanre hills, heck, even Oke-ado Mountains which had just 300 plus steps is way higher than the rock. (You know, as a hiker I had to show off small) 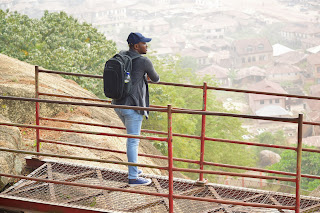 I’ve conquered the West, I have about two States in the South I haven’t been to, a few more in the East and then many more States in the North…anyone up for adventure? Hit me up, let’s explore together. 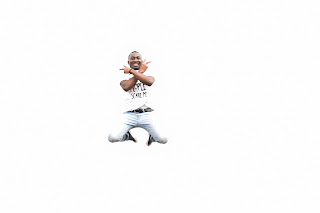