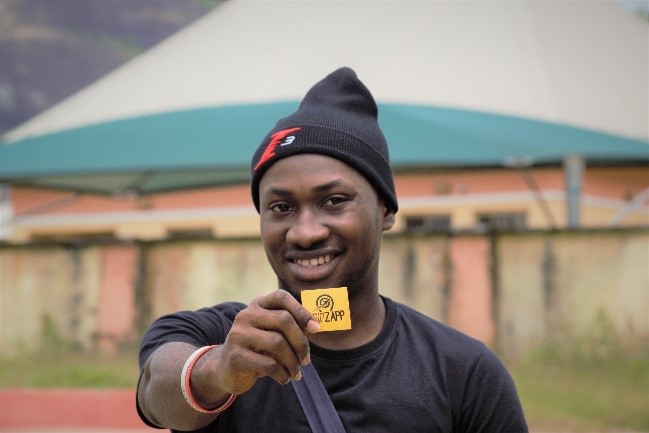 FacebookTweetEmailPin
I was going to start off by proudly declaring I have finally been to all the Western States, then I remembered I passed up on the chance to attend a wedding at Ekiti in 2015.
Anyway, like my close friend – Valentine Eleta said, I would always have numerous opportunities to visit Ekiti State. I mean, I’m yet to tour Ikogosi warm spirngs.
Good news is, hiking up a hill and chasing waterfalls has been ticked off my bucket list. I’m now looking forward to camping in the woods and hiking up to the top of Mount Everest (in the nearest future).
I toured with @tripzapp to Ondo and Osun States over the independence weekend. 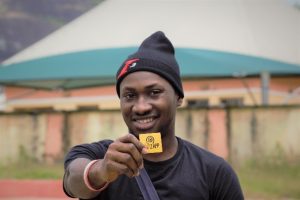 I went with my buddy – Okeoghene and also met this really cool dude that operates drones @smart_drone1. I’ve always been curious about the workings of drones and the whole aerial shoot thingy, something to explore someday.
First stop was Akure, Where we visited the famous Idanre Hills. 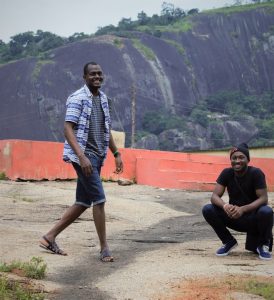 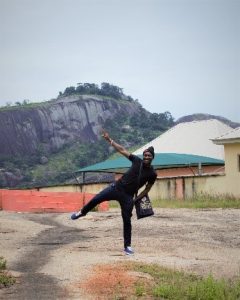 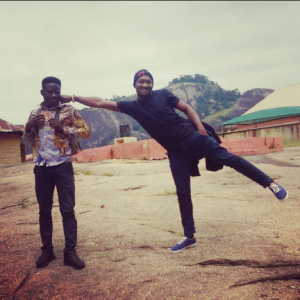 So much history here. I learnt about the community that lived up the hill for over a 100 years before descending due to civilization. I also got to hear the story of how the hill was discovered and how the name ‘idanre’ came to be. It was amazing seeing remains of the structures still standing after many years. From the abandoned primary school on top the hill, the old prison cells, to the breath taking views from the hill top. It was all worth the 660 steps we climbed to get to the top.

Climbing those steps was no mean feat! I definitely lost a few kgs just hiking up the hill. Thank God for the various resting spots created, my legs would have given way before I even got to the 100th step.

I think there was five or six resting stops. After that it was O.Y.O (on your own).
That’s when the real hiking began. Walking through narrow paths and valleys. It felt so satisfying being surrounded by nature. 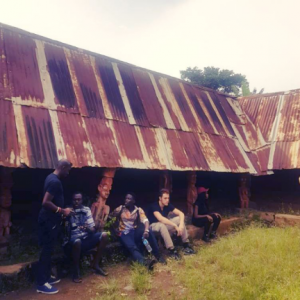 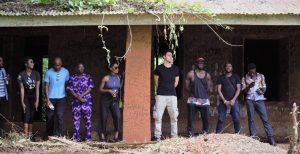 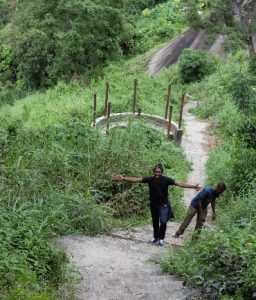 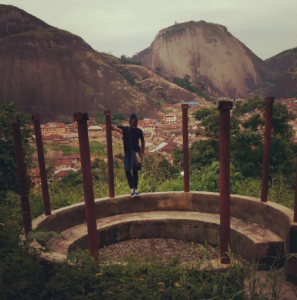 The view of the city from the hill top was everything. 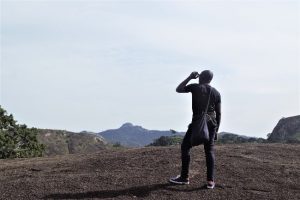 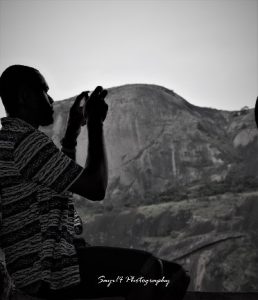 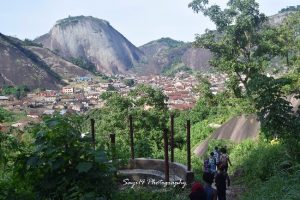 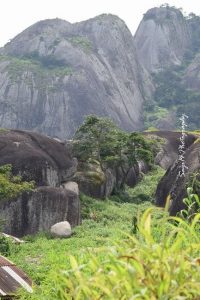 We also visited the Deji of Akure’s palace where the Eye and Mouth of the Deji gave us an impressive tour of the palace. Though we could only see the parts of the palace not restricted to visitors. 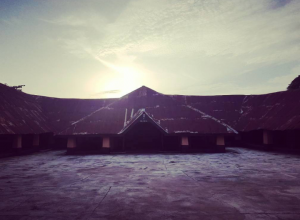 That night before sleeping, I tweeted that I didn’t think I’ll want to go on another hike till the nearest future, ‘cus my legs were still shaking, forgetting the next day was going to be the nearest future.
Second day we visited the Olumirin waterfalls (popularly known as Erin Ijesha waterfalls). 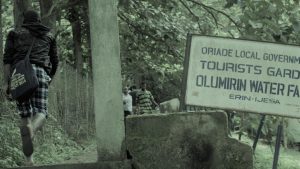 The waterfall has seven levels but due majorly to time constraint and well, our legs still aching from the previous day’s hike, we were only able to get to the third level. 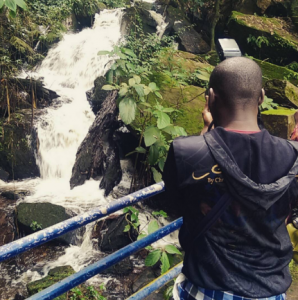 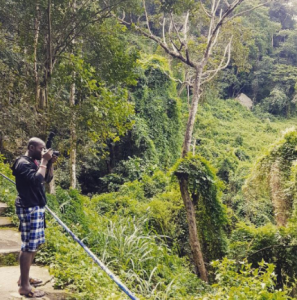 I plan on going back someday, with the intention of hiking up to the seventh waterfall level and then, take a hike to the Abake Village. Do some local food tourism as well. (That’s a major one on my bucket list – food tourism. I’ll definitely have to buy lots of tetracycline and Imodium for that one). 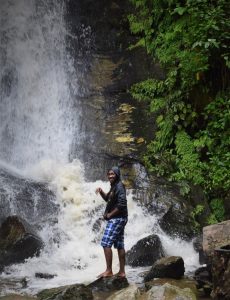 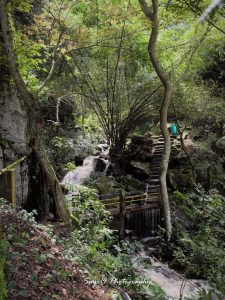 Oh! The water was everything! Standing under the waterfall and having the cold water hit my skin was an experience. The current/velocity was so high, I couldn’t keep my eyes open. While the others had moved on, I was still under the water savouring the moment.

The climb to the third level was something out of jungle book kinda ish. The ground was wet and slippery. I had to climb barefooted, while watching each step carefully as I held onto branches and shrubs for proper balancing.

This trip did a lot for me. I have been craving an intimate encounter with nature sort of, to feel lost in the wonder of mother earth. I was humbled by the views from the top of Idanre hill. The two days hiking did my body good, being that I’m too lazy to hit the gym.
I’ve always been drawn to water. I’ve been to two waterfalls before but this was the first time I actually went underneath the water. It was an experience of its own. I could have stayed longer enjoying the rush of water hitting against me, but mehn, when I started shivering I had to advise myself. Pneumonia is real.
So with one weekend, I got to tick two things off my bucket list. Oh! That joy when you accomplish something on your list…