FacebookTweetEmailPin
2016 has indeed been a year of learning for me. This post is about the top 10 things I’m taking away from the year. Some of them I have always known but this year I think they really stuck.
1.         LET GO, YOU’LL FEEL BETTER
There’s this popular saying – choose your battles wisely. There are struggles we can win by fighting hard and persevering but then there are some that we win by letting go. 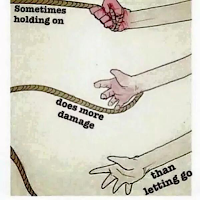 This year was quite a tricky one. Initially it started on a shitty note, then it got worse. Suddenly it became really great. Soon enough it became sour. Happiness came around once more, disappeared and then I broke down completely. I’ve always known this – Happiness; it comes and goes. It’s a cycle.
I became scared of being happy, any time things seemed okay I had this feeling at the back of my mind it wouldn’t last, that soon something would go wrong. 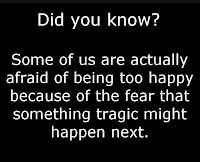 Looking back I realize I needed to break down in order to sort myself out. What killed me when I was down wasn’t what I was going through, but rather it was my holding on too tightly, hoping so much and waiting eagerly for things to change.
When it got really hard I created this place in my head where I just zoned off to…I needed to be numb, to not feel anything. 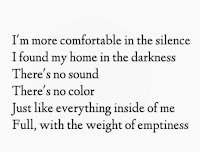 –Pyrokardia
I was broken inside and in search of remedy. There was a period, I’ll stay up at night reading and going through people’s blog posts about how they got beat down by life and found their way back. I was searching for hope.   Then I discovered Travis Greene’s The Hill album and the book – When God doesn’t make sense by James C. Dobson. They really helped me find my way back.
Travis Greene’s album gave me inner peace and hope anew in God. Two things that stuck from the album is this – Trust God too much to give up and nothing happens to us, things happen for us ‘cus our God is intentional.
Dobson’s book taught me to let go and just live life because God didn’t owe me any explanation but one thing for sure was He got me and I was safe no matter what, whether I was passing through fire or having it easy, all I needed to do was just let go and live each day at a time.
I woke up and got out of the darkness. Life began to make sense again. I held on too tightly trying to fight it but the moment I let go, I could breathe again.
2.         I’M NOT A HUSTLER:
There was this episode in the TV Legal series – Suits where one of Harvey’s clients was going to sell his company for a paltry sum. Harvey couldn’t understand why he wanted to let the company go. His client kept saying life is short.
After the client left, his new secretary explained to him that his friend just lost his best friend and has gotten to that point in life where you realize that money doesn’t really matter. All you desire is a quiet life, living peacefully and doing those things you truly love. 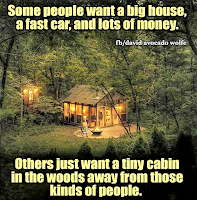 I got to that point in life in 2013 December. Working in Lagos got me there. I felt such pain, knew so much misery and unhappiness. When my lucky break came and I got transferred to Benin City, I began to actually live. I told myself I wasn’t going to waste this second chance I had. There is more to life than making money, working 24/7 and then you retire and you still keep hustling never really living life, enjoying it and all the beautiful moments.
There was a time I was just floating, I was numb and existing. I got to a terrible point in life where I was basically breathing in misery every second. I was damn miserable because I was chasing after things that didn’t matter, holding on to what was killing me but thinking that was the route to the peak of my career and ultimate happiness on the long run. Total crap. 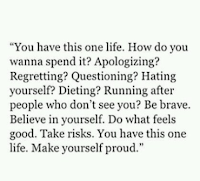 I’m glad for that sour phase of my life because it’s what made me learn how to truly live life and appreciate the little things of life. I’m no more taking this thing called live all too seriously, just taking it step by step doing the things I really love. Everywhere you see people hustling, meanwhile their youth is passing them by. People try to make all the money in the world without actually enjoying the little things of life. I’m so over that.
There’s so much more that can be gotten out of life than flashy cars, land, buildings in every corner of the country and what not. I crave that intimate touch with life, that deep experience, the savouring of priceless moments, the arts, excitement over little things like hearing your favourite song on the radio or discovering new artists or hearing your fav song used as soundtrack in a movie/series, travelling and seeing new places, taking in the air, road trips, learning new things, or that beautiful connection when you meet someone who has interest in same hobbies as you.

3.         FEAR AND PEOPLE RUIN THINGS
It’s okay to be cautious but being too safe is not a good thing. Truth is ‘too safe’ is another word for fear. I had planned to travel and explore this year. It all seemed like a good idea till it got close to my vacation period. I started thinking maybe I should save the money especially now we are in recession. Actually that was what I was telling myself to prevent me from dealing with the truth – I was afraid. Sick thoughts kept running through my head, like what if I got involved in an accident or I get missing or I get kidnapped….smh
I almost cancelled my planned vacation till I remembered a line from one of my all-time favourite movies – A Cinderella story. “Don’t let the fear of striking out keep you from playing the game”.
I conquered my own limitation but then I made the mistake of sharing my travel plans with people. People can be such dream killers. From one person to another my enthusiasm kept dying. Then I came across the below picture – It would have been a big shame if I had indeed cancelled my travel plans because I ended up having the best vacation ever. I travelled, I did things I have always desired to, saw places and went to States I haven’t been to before. I actually drove on third mainland bridge. I, Sayi drove from Yaba to outskirts of Lagos, drove past Lekki and Ajah…something I never saw myself doing because I always felt Lagos roads were crazy.
4.         PEOPLE AIN’T SHIT
Loyalty is such a lonely word

It sucks big time when you realize that you are the one carrying the friendship on your head. I get that we are all grown up now with work pressures, family commitments and other stuff, but common if I put in effort, it’s only fair you put in effort too. 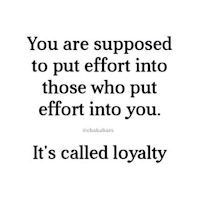 Everything can’t always be about you. One sided relationships are just the worst. Even if you are not putting the same 100% at least let me still see some effort from you. If you don’t reciprocate, I’ll walk away. I’m nobody’s fool. If I don’t mean as much to you then why am I bothering myself?
Two people really broke my heart this year. Not that I didn’t see it coming, I have been making excuses for them but then it got to a stage where I got fed up and realised I have been wasting my time hoping that someday they’ll change and actually care for the friendship as much as I did.
“Last night I woke the fuck up” – Jon Bellion (Woke the f**k up)
“I am not broken, I’m not crying, I’m not crying
You aren’t trying hard enough
…
‘Till I realize, I’m just too much for you”– Beyonce (Don’t hurt yourself)

It’s simple – be with those who value you.

5.         BE TRUE TO WHO YOU ARE
“If it’s love you need, to give it is my joy” – Destiny’s Child (Cater 2 u)
That some people are shit doesn’t mean I have to stop being who I am or totally give up on people (even though to a large extent people are really not it).
I was discussing with Chiyenum one evening about how I’m tired of being there for people and no one seems to be there for me. I wanted for once to be catered for.
“I’m left with no shoulder
But everybody wants to lean on me
I guess I’m their soldier
Well, who’s gonna be mine” – Beyonce (Save the hero)
Financial independence is good and I’m grateful for that, grateful to be the one being there for people and not the other way around, but I think it would be really nice to have someone do nice stuff for me for a change.
Scratch that thought! I once had that, heck, I have had those friends who did nice things for me but being the screwed up kid I am, I stopped them. I do not know how to let someone take care of me.
Back to my conversation with Chiyenum, after ranting about wanting a break out of the normal routine and just really have someone treat me nice, he explained that some people are born to be givers. That even though people might exaggerate their situations and take advantage of their kind hearts, they will always be givers.
Being there for people gives me joy, solving issues for people and helping fix problems at work gives me joy. I just love giving relief to people. It’s who I am and that people are shitty shouldn’t change that. 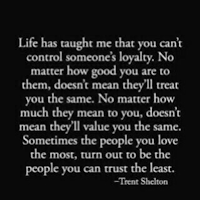